I should have anticipated that, upon picking the word Celebrate that the next two weeks would provide opportunities to grumble, complain, moan and groan.

It’s always that way with the WOW; it challenges me (and some of you, too) to embrace a positive in the midst of the speedbumps of life.

Enter edition 5.0 of Adventures in Airports.

Each quarter, I fly to Philly and participate in work meetings. Whenever possible, I try to fly out of Sarasota, because the local airport is literally five minutes from my home.  There are never direct flights (yet, I’m praying that will change) to PHL from SRQ, but the hour drive time to and from Tampa usually makes up the difference.

So SRQ it was, and a mid-afternoon flight stopping in Atlanta. Let me begin by telling you everything that went wrong.

Once settled at the gate, the thunderbolts came, and with them, the first of 3 delays.

At the first announced delay, some fellow passengers began grumbling.  One woman started to freak out a bit.  A seasoned traveler, I thought to myself, “Chill lady. You’ll get there…eventually.”

You know that scripture, “Judge not, lest you be judged?”  By the third announced delay I WAS that hyperventilating woman, and it was clear that no Sarasota flight would get me to Philly by the next morning.

A quick search revealed a Tampa flight leaving in two hours.  Scurrying to retrieve my bag (carry-on size, but holding a huge hairspray, therefore checked), I hailed a cab and said, “Get me to Tampa ASAP.”

There would be just enough time to arrive, check in, get through security and make the flight.

Except after 20 minutes of smooth sailing, traffic halted to a standstill.

As the minutes ticked off, I began Googling OTHER flights.  My only other options were revealed to be connections to Newark rather than Philly, and an earliest arrival time of around 11 AM.  Two and a half hours AFTER the start of the meeting.

Yes, it occurred to me during this tense standstill that CELEBRATE was the just-revealed Word of the Weeks.  Which I found utterly annoying.

Then my phone battery died.  I had no USB charger, only one that would fit an electrical outlet.  And my taxi driver’s phone was a Samsung, not an Apple.

Did I mention that the thunderstorms followed me during the entire route?

When, just a little over a half an hour before the flight was to board, I arrived at the American Airlines terminal, the check-in screen informed me that it was too late to check my bag.

Goodbye $15 can of hair spray.

Trudging through security, I beelined it for the gate.  As I found myself starting to relax and even celebrate making the flight, the monitors announced that those of us attempting to get to Philly would be delayed.  First an hour.  Then almost two.

I’d get to my destination around 1 AM.

Did I mention that to fill the void and the sheer boredom of waiting in airports for a total of 5 hours I ingested every unhealthy, carb and sugar laden  option available to me?

By the time I arrived, I was exhausted, bloated, grumpy and…grateful.

Because here is everything that went RIGHT:

I never pack a carry-on sized bag.  NEVER.  I love having several shoe and clothing options, my makeup case is almost the size of a carry-on itself, and I HATE hoisting a carry-on and flailing to shove it in the overhead.

But for some odd reason, I DID pack my smaller luggage.  Had I not, when I finally checked in at Tampa, I could have gotten on the flight – but with  no luggage.  Which would have been my particular idea of hell on earth.

Did I mention when I booked that last minute flight from Tampa that first-class one way was actually CHEAPER than the main cabin?

When I went to board, the flight attendant looked at my maximum sized carry-on and quite large computer case and said, “Ma’am, you can’t board with both of those items…”

You should have seen the look on my face.

Until she said, “Unless you are in first-class.”

A cause to celebrate. I nodded, numbly, thanking my lucky stars that by some sheer twist of fate, I was indeed in first class.

Which enabled me to plug in my phone.

So I could find out that my wonderful brother/friend, Steve, would personally pick me up from the airport in the wee hours of the morning.

And take me to his home where the most comforting person on earth, Renee, would have my pillows fluffed and soft music playing when I arrived.

It’s all how you look at a thing.  (Which was ultimately the correct conclusion I came to, after kvetching and moaning and grumbling.)

And sometimes, that’s what makes all the difference.

It seems like the universe is continuing with this theme of positivity.  I blapped out a word during my closing thoughts on CELEBRATION…and wouldn’t you know, it was a precursor to the new WOW.  Here we go!

By the way, for my SW Florida area friends, I am conducting my first open-to-the-public workshop on August 11th at 11 AM at Davis Hall (Sarasota Center of Light).  It’s all about how to raise your vibration when you’re “Running on Empty.”

We’ll laugh ALOT and learn, too…and the point is to spend time on YOU so you can course correct and get that happy tank full again.  Click on the above photo or here to link to the event and buy a ticket.  (Best $25 you’ll ever spend.) Please share with a friend (and I hope to see you there!)

Are your hopes UP?  Or are they DOWN?

The nice thing about hope is that it is elastic enough to spring UP when it has been in a deflated state.

If you are like one of those inflatable Christmas ornaments that sits in a puddle on the front lawn during daylight hours…it’s comforting to know they don’t stay there.

Here’s a little funny:  I didn’t realize that those puffy Santa’s and snowmen intentionally deflate during the day.  For years I decried the horrible Grinches that slashed them, ruining peoples’ decorations and rendering them flat.

Then I discovered it was just how those decorations roll.

So it is with life.  You might feel like a puddle on the ground, but mark my words, you’ll only stay there if you commit to the fallen state.

A good word, a card in the mail, a compliment from a stranger…next thing you know, your vibe is high again.  Or, for the savvy CEO of their own love tank, you talk nice to yourself. You give a stranger a compliment.  You bake a loaf of bread and welcome your new neighbor to town. 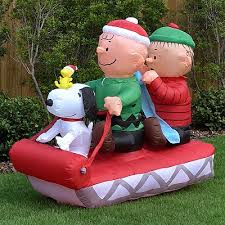 Both are in a waiting mode.  One is just much happier waiting.

All of my single years (two whole #$%@in’ decades) were spent in Eeyore mode.  Instead of enjoying the freedom of being un-beholden, I focused on “What was WRONG with me????” Too many woe is me holidays were spent feeling “less than” because I was unattached.  I didn’t enjoy the love of those that WERE around me because the love I WANTED hadn’t yet arrived.

The older you get, though, you realize that life is too short to waste on sad yearnings.

You get busy loving the ones you’re with…and that gratitude spills over and next thing you know promises keep popping up fulfilled without a single tear shed!

For the hope-filled (who are the faith-filled), life is a profusion of blooms.

That’s why I say, “Get your hopes UP!” Expect something wonderful to happen.

Here’s a bit more on that topic, and a new WOW that is the peanut butter to FAITH’s jelly:

Let’s all be rubber bands this week, shall we?

If you are traveling, be safe.  Sing carols at the top of your lungs instead of screaming at the traffic.

You may not be there YET —- but you ARE on your way.

So with theaters packed with people seeing Finding Dory, I can’t wait to get my ticket. Dory exemplifies resilience, our recent Word of the Week, with her “Just keep swimming…” philosophy.

I reflected a bit this week on when my tank of resilience wanes and there’s a clear connection.

One of my favorite scriptures (Ps. 77:3) provides the insight:  Complaining overwhelms your spirit.

Your body and soul may give up, but your spirit has indomitable resources. The catch is NOT to overwhelm your spirit with complaining and to let that unsinkable cork inside of you WIN.

There’s a catch that sometimes snags me, though.  In the effort NOT to overwhelm my spirit, I sometimes choose to not “talk it out” (whatever IT is) with someone else, somewhat afraid that negative energy will be expended and sprinkle its evil pixie dust, making matters worse.

Then I realized that talking something through with the end goal to glean insights from an impartial party that might actually bring relief, resolve or at least COMFORT is a good thing.

If my intent is simply to whine, murmur, have a pity party and otherwise indulge the negative vibes that seek to swallow me into a quagmire of muck, then no – it’s best for me to shut my trap.

She can’t obsess over that thoughtless comment or perceived slight.  May all of our offenses have short-term memory!

Final thoughts on resilience and the new WOW coming right up…

There are SO many ways to look at this new WOW.

Aside from being WILLING personally, how do you view the world?

Here’s a nugget to chew on this week (I know I’m going to): What if you believed that at ever turn, things were actually working to benefit you; that God (the Universe; however you choose to define the Source) is WILLING to more than grant your desires.

One of the companies for which I work has a credo to “delight our customers and exceed their expectations.”

If a business can make that claim and fulfill it, how much more can the Author of life and the very Essence that is love make good on that brand promise?

Instead of expecting a fight (based on past experiences in the school of hard knocks) what if you made the shift to seeing every person and every circumstance as a willing participant in your happily-ever-after?

I’m willing to meditate on that this week.  How about you?

Get Brenda’s Posts Directly to Your Inbox!